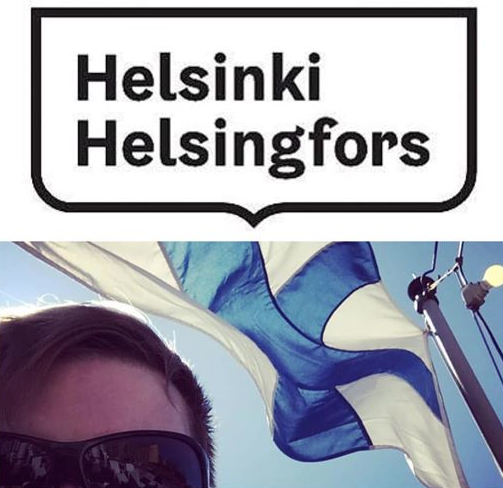 In August 2008 I participated in VOX PACIS, ”Voices for Peace” music conference in Stockholm. I was a singer in an Israeli ensemble, and we met musicians who came from all over the world: Sweden, Norway, Estonia, Georgia, Israel, Greece, Egypt, Morocco, India, China, even traditional performers and buddhist monks in red-orange robes came
from Tibet.
We all lived for 2 weeks in the small youth hostel in Skeppsholmen and most of our rehearsals and concerts were held in Sofia Kyrka, the beautiful 100-year old church standing on a hill overlooking the entire city and beautiful bay. The final concert was to be held in the marvelous Stockholm City Hall (where they give the Nobel prize), where all the musicians will sing together a musical piece specially written for the occasion, accompanied by an orchestra.

I wish to tell you about something strange that happend to me during the trip.

As part of the conference, all groups performed their music in the morning while the other groups watched, at noon we had lunch break and later we continued to rehearse for the final show or do more concerts for outside audience, usually in the Sofia church. One
morning our Israeli group appeared in concert before the other groups, and a solo I performed was slightly off. Harsh remarks from my strict choir-mistress sent me into an angry, grudging mood. We had another concert in the afternoon, but instead of riding the bus to the church with everyone else after lunch break, I walked on foot through the streets since I was angry and wanted to be alone. Before I went up the hill and into the church I entered a small bar on a street-corner, I wanted to buy myself a drink to calm my nerves.

”Hi, I’d like a chaser of Grant’s, please”
A dark-haired youth raised himself from a stool behind the bar and stared at me suspiciously.
”A what?”
”Grant’s. The whiskey? I’d like to have a chaser please” I pointed to the bottle on the shelf behind him. He looked at me as if I had said something obscene.
”A minute” said the boy and went into the back room. He returned with a tall, dark and heavy-set man, the owner of the bar, who was apparently his father or uncle. He looked at me with the same suspicion and talked to me as if serving customers in his own business was the greatest bother and pain in his life. I almost started to feel guilty for disturbing him from doing something that was obviously much more important for him. His accent was unmistakably Arabic.

”What do you want?”
”Well, I’d just like a chaser of Grant’s whiskey, please”

We looked deeply into eachother’s eyes for a short moment that seemed to stretch forever, and I was washed by a familiar feeling, a feeling that many of you Swedish readers may never understand: the feeling that the person you are talking to knows you are a Jew. You never said it, but somehow he simply knows, as if it’s a Star of David carved on your forehead, and from the moment you look in his eyes, you know that he knows, and you know that he has opinions on Jews, and they are covered by a very thin veil of basic politeness. All of this happens in no more than 2-4 seconds.

”Just a minute, let me get a glass” he said, and went into the kitchen. Why, why can’t you use any glass sitting on the bar? Why do you need a special glass for me? What are you going to put in it? Why am I even having such ridiculous and evil thoughts? That’s what was going through my mind. He came back and placed a glass on the bar (it
wasn’t a chaser), and filled it with whiskey from the bottle I pointed to on the shelf.
”Thank you” I smiled and took a sip
”Good whiskey, huh?”
”Yeah, good”
”Where are you from?”
”Australia” I lied, without hesitating for a second.
”Wow, really. What made you travel such a long way?”
”Well, actually it’s because of a girl” I continued to lie.
”Haha yes, always the same story” he laughed ”You know, I like you!” he exclaimed and grinned at me with a smile that was as inviting as a wolf’s jaws. I tried to laugh, and nearly choked on my drink.


He spent the next moment joking in a chauvinist manner on how it’s the woman who ought to travel to meet the man and not the other way around, and I hastily finished my drink, paid and left, never even sitting down.

I walked up the hill to the church thinking to myself: So, this is the end. He must have put some terrible poison in my glass, if I’m lucky it’s just the toxic soap from his dishwasher, maybe they can still save my life in the next few hours, if I manage to survive until the end of this concert. God, the choir-mistress would make me stand and sing even if I was really dying, no chance of getting to the hospital in time. Oh well, it was a good life. A little short, but full. An artist’s greatest dream is to die on the stage, or at least that’s what they say.. Hmm, I guess someone else will have to sing my solo next time, I wonder who they will give it to.

The first musical item in the concert was: ”A ballad of 3 prophets”, sung by the girls of the Israeli choir in Hebrew. Our choir-mistress gave me 3 candles, representing the prophets of the 3 Abrahamic faiths: Moses, Jesus Christ and Mohammed, and told me to put them on the floor in the middle of the church and light them with matches just before the girls start singing.

Soon the church was filled with listeners and the concert was about to begin. I got up and put the 3 candles on the floor. ”Moses” and ”Jesus” lighted up fine, but no matter how I tried, I couldn’t light ”Mohammed”. The audience waited politely in silence as I calmly tried
5 matches one after the other, but in vain: ”Mohammed” simply didn’t want to burn. Finally I raised my head and saw the choir-mistress motioning me with her hand ”Nevermind, it’s fine, we’ll just start to sing anyway”, and I went back to my seat. The concert proceeded from beginning to end without further incident (and thankfully, I
survived).

We experience so many things in this life, but only some of them carve themselves into our memory. Happy, sad, profund – or meaningless. Why do we remember them and forget others? I remember the hostile Arab bar owner, but I also remember another sweet Arab who listened to all our concerts, and bought a huge birthday cake especially for me, since I celebrated my 25th birthday during our stay in Stockholm (August 21st). I remember beautiful people from all over the world, of all races, colors and faiths, dancing and singing, drinking, laughing and hugging on my birthday party at the hostel in Skeppsholmen. I will always treasure those short hours and thinking about them always makes me smile and dilates my heart, I always regret that they are behind me. I will always love any person in the world and never judge him by his race, color or faith.

Life is never black or white.