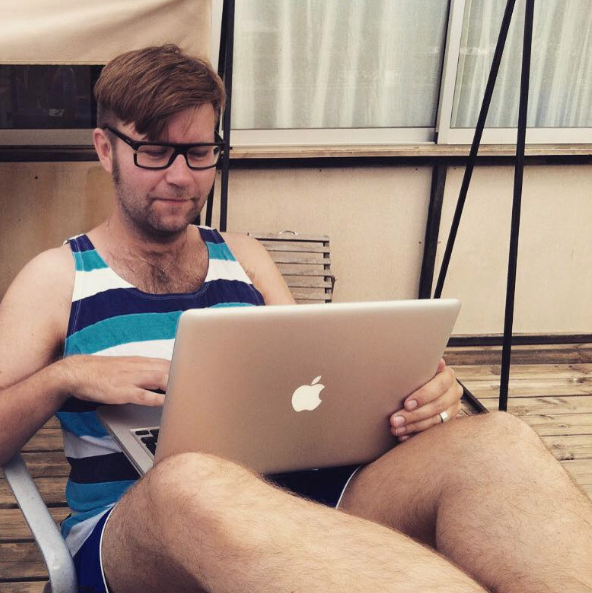 Tel Aviv is a vibrant city and for someone who is looking for a good life and a good time… It has everything one wants. When I was young I had lived in New York City for a while, so I can compare… and I think I know what I’m talking about… I don’t know what people think about Israel in Sweden, but I have to explain that people who live here have no less fun (If they have the means to do it of course) than anywhere else in the world. Please believe me that one can live here for a long time without even thinking for a moment about politics or for example about the Arab-Israeli conflict!…

We’re going a lot to the theater and cinemas. Last weekend for example was a fun weekend. We went in midday to see ”West Side Story” which was performed in English by an American group at the Israeli Opera House in Tel Aviv. It was a great show with wonderful dancers and singers… After the show we went to a nice lunch at a restaurant not far from our apartment… The next day, on Saturday, we went again, this time to the theater to see a play. We saw ”Little man, what now?” At the Cameri Theater in Tel Aviv. The play is an adaptation based on the book of the German author Hans Fallada

This time too we were lucky and it was a fine show with good actors. After the show We went to a nearby Café and enjoyed a light meal and a coffee. Then we went to a bookstore and bought some books in Hebrew. My wife Was ready to make reservations and to go to another visiting show from the Berlin theater which took place on Sunday but I told her that three shows in three days are a bit too much for me… I tell all these details only to explain that people live here quite nicely just like any other city in the world.

A greeting from Dan Sifri

My name is Baruch, I’m 35 years old and I was born in and live in Israel.

Yes, Israel! You probably are imagining that I live in the desert, ride a camel while holding an M-16 and battling hundreds of Arabs, but that’s not quite my life.

I live in Tel Aviv, one of the world’s most exciting and vibrant cities, where I manage a clothing store in a shopping mall located in the city centre.  I look and dress just like anyone in Europe or the U.S.  I live with my partner, we’ve been together for 12 years – I’m gay and that is totally accepted in Israel. In fact, Tel Aviv is considered one of the ten best gay-friendly cities in the world!

Tel Aviv is ranked third in the world for the number of bars per capita, as well as for the number of sushi restaurants! The Tel Aviv beaches are gorgeous and amazing and are packed during the summer months – even during the winter, sometimes, when the temperature hits 20°C.

So, when are you coming to visit us? I can promise you’ll have an amazing time. I’d be happy to show you around!

Hi,
My name is Hadar. I am a musician from Israel.
I’m not sure why I felt the need to write this letter but here it is.
I know what the Swedish people think of our country. I have a feeling if you knew what we hear about you, your ears would be burning. But this is how the world works… People with interests blindfold us into thinking we know what goes on on the other side of the ocean. Their interest is to divide the world and turn us against each other.

When a pro-palestinian organization decides to boycott Israel’s culture, he doesn’t realize this makes no difference for the governments at all. The only people that get hurt are exactly that: the people (the same people who posted a mass campaign titled: ”We love you Iran, we would never bomb you”) and let me assure you, if it does happen (god help us all) it won’t be because we are bloodthirsty people.

Let me give you a different perspective on things: in WW2 the Jewish people were almost wiped out by humans. Not by hurricanes, or earthquakes. Humans…
When the war was over, it was obvious we wouldn’t go back to Germany, Poland, Ukraine etc. So we came to Israel. You wouldn’t accept an entire Jewish nation into your country, would you? And yes, people lived here while we were away (for 2000 years)… but the world was built by immigrants. And so did we. We built this country and made it to the developed country that it is.
If you came here to see both sides, you would see how complex this conflict is. It’s not black or white, do or die, leave or be kicked out. For the most part, we do what we need to protect ourselves, it’s the most basic right for a nation. Isn’t it?

In every country in the world, there will be radicals who will bring disasters on its nation. You don’t seem to think the war in Darfur is as terrible as the conflict in Israel, however there has been a genocide going on in Darfur for years!! We even give shelter for their refugees…
And you’re right, sometimes we are just wrong. Like your government, like any country who has any conflict. But to judge an entire nation because of YOUR media’s propaganda is as unfair as convincing bands to cancel their shows in Israel or not accept Israeli acts to world events. What does music or art in general have to do with political views??

I can only urge you to open your eyes, don’t believe everything you hear, open your mind to other possibilities and maybe you’ll realize what you think you know is so far from the truth.. We are gay friendly (Tel Aviv is the most liberal city in the world), we offer our assistance for any country who needs it (fires, earthquakes, tsunamis), we send our doctors to return eye sight for thousands of blind men, women and children in far away villages around the world, we develop technologies that would help our next generation. So it can’t all be bad right?

I wish us all peaceful times and great music 🙂